20 years ago, if we asked you about AI you would probably think we were talking about the movie Artificial Intelligence. Yeah, the one with Haley Joel Osment. Even then, the concept of computers resembling humans was so outlandish that it only fit in sci-fi films.

Fast forward to the present day, and check out this poem. It’s a poem about Elon Musk in the style of Dr. Seuss. And it was completely written by AI. 🤯

The world of AI is much-discussed but often misunderstood. The applications seem endless, but the tech itself frequently seems too theoretical to actually be put to use. But in June 2020, OpenAI released beta-access to their Natural Language model called GPT-3. The release was big news in the AI world, and we think it changes the way people can solve real-world problems with AI.

So let’s take some time and talk about what GPT-3 is, what it can do, and how it can be utilized in the world of support to help people and companies.

For those of us who don’t speak computer-science jargon, that means GPT-3 is an artificial intelligence system that allows your program to understand text written by a human, and respond with text as though it had been written by a human.

For example, you could prompt GPT-3 with a question such as “Describe who won the FIFA World Cup in 2006?”, and GPT-3 would respond “The 2006 FIFA World Cup was won by Italy”. But that is a severe simplification of GPT-3’s capabilities (we’ll get to that in a second).

GPT-3 is able to produce this human-like text with an artificial neural network consisting of 175 billion model parameters. That massive capacity enables GPT-3 to become really good at recognizing, understanding and producing content that is remarkably human.

So, how can GPT-3 actually be used?

Part of the power of GPT-3 is in its flexibility. OpenAI designed it to be applicable for a variety of uses: content creation, translation, semantic search, and more. Developers like Arram Sabeti have tested GPT-3's ability to write songs or poems. The Guardian had GPT-3 write an essay. It can even be used to design websites, generate resumes, or even create memes.

The applications are seemingly endless, but there’s a catch.

GPT-3 doesn’t work like magic out of the box. It needs some extra inputs or “programming” to make it work as intended and inform the model on what to produce.

Let’s look at our oversimplified example again. If you want to GPT-3 to return an answer on “Who won the FIFA World Cup in 2006?”, you may need to first “train” it by first showing your preferred Q&A format:

Then when you prompt GPT-3 with:

It knows to answer:

This has led some to conclude that GPT-3’s isn’t useful in the world of customer support. We disagree.

How GPT-3 can be used for Customer and Product Support?

Let’s start with the idea that GPT-3, and AI in general, can be used to impersonate and replace human support teams. That’s the wrong approach.

GPT-3 isn’t flawless, and people will pick up on that. In fact, that’s an inherent problem with chatbots in general. This problem is worsened if you pair GPT-3 with other platforms that are not designed to resolve real issues. That combo just results in a bunch of angry customers who have “chatted” with a bot that didn’t actually fix anything.

Instead, the right way to approach GPT-3 is how it can help augment humans. This ideal, called the Centaur model, is the idea that humans + computers will yield a better result than either humans or computers alone could.

With this framework in mind, we took a look at how GPT-3 could improve our own product and workflows at Mavenoid.

One major challenge in building effective support automation is that it takes time and expertise.

To give you a sense, here’s a comparatively simple support flow for headphones. It took a human a full day or work to compile and organize the data in this flow that is built to effectively troubleshoot the headphone’s repetitive issues. Each of these nodes has paragraphs of text connected to it.

You might have personally worked hundreds of support issues on a given product. You might have thousands of issues in your CRM's records. Sifting through all that history, identifying patterns, recognizing what you should focus on, and deciding how to organize it? That's hard, tedious, and time-consuming. It's not uncommon for that process to take a few weeks for a suite of products.

While sifting through large data sets and finding the trends and relationships is tough for humans, it's simple for computers. Why not let them do that initial grunt work, and let humans simply polish a model up?

That’s why we were so excited about GPT-3. Those billions of data parameters that GPT-3 is trained on? They include discussions of product issues and resolutions happening across the internet. By pairing that with our tools to ingest first-party ticket data, we could save thousands of hours of time and effort.

But remember how we said GPT-3 needed to be “trained” to tackle specific tasks? Getting it to work for product support isn’t so simple. Let’s just say our first few attempts gave us a chuckle.

Without training, GPT-3 often produced outputs that weren’t particularly useful either, like this test where it suggested to call a number that doesn’t actually work.

So we got to work and built a prompt optimization framework to help train GPT-3 for support.

With some tweaking, we can leverage GPT-3 to help create product assistants that closely resemble ones created solely by people, and do it in under an hour. The example model below was completely generated by GPT-3. Each node contains auto-generated text.

You’ll notice that they aren’t identical, and the GPT-3 product assistants aren’t perfect. But it doesn’t need to be perfect to save multiple hours. Editing content that already exists is far more efficient than starting from scratch.

But how accurate is GPT-3 really?

A common critique of GPT-3 (and AI in general) is that it may produce text that looks human, but actually is nonsense. This was the reasoning that others used to claim that GPT-3 is not ready to be used in customer support, even for common issues. We wanted to put this critique to the test.

To gauge the robustness of GPT-3, we gathered hundreds of questions and answers about our customers’ products. Then we let GPT-3 respond to the questions and compared its answer to accurate ones generated manually.

Some sample questions we posed to GPT-3:

Out of 100 different questions, this initial GPT-3 model had accurate answers 76% of the time. That's a good start, but still had enough poor answers to justify the critique.

Here's an example of one of those poor answers:

Input Question: Can I use my wireless earbuds when swimming or bathing?

The correct answer: No. While the earbuds are protected against sweat and rain, swimming or bathing is too excessive.

GPT-3 answered: Yes. The earbuds can be used in the rain, shower or while swimming.

We dove into why GPT-3 produced the wrong answer and found that it noted that these specific earbuds are IP55 rated, which means they are protected against dust and water. GPT-3 interpreted this rating to mean the headphones would be completely protected from water, even complete submersion.

So, how do we "fix" inaccurate answers?

Luckily, Open AI recently announced Enhanced Search which lets us go beyond vanilla GPT-3 that only scrapes the web for its data. With Enhanced Search, we can input manuals, FAQs, even Google searches to give more context and training to the model.

We retrained the model with Enhanced Search and ran the same 100 questions through it. By using this feature, GPT-3 was able to answer an astounding 97% of questions accurately. Not only that, but the answers became far more nuanced.

Take the same example from above:

Input Question: Can I use my wireless earbuds when swimming or bathing?

The correct answer: No. While the earbuds are protected against sweat and rain, swimming or bathing is too excessive.

Enhanced GPT-3 answered: No. Your earbuds are not protected against immersion in water. In addition, your earbuds can be damaged and deteriorated if they are exposed to salt, chlorine, chemicals and solvents.

This enhanced GPT-3 model not only understood a context statement that "The earbuds are not protected against immersion in water”, but also inferred the additional context around other exposures from a similar question.

We can also see that the enhanced model can understand the degree of water protection. When asked if the earbuds can be used during exercise or in the rain, the model responded:

Yes. These earbuds are rated IP55, which means that it can withstand low-pressure water jet spray. So you can use them in the rain, but not in the shower.

Yes, 97% is not 100%. Nuance isn't something that's easily solved. For instance, one of the remaining poor responses was the below:

Input Question: Can you totally block out sound or noise with these earbuds?

Enhanced GPT-3 answered: Yes. The earbuds have a noise reduction system with four microphones and open-ear speaker design for optimal sound quality in all situations.

While the earbuds have noise protection, this is insufficient to block out all sounds; and no context was able to make the model understand this distinction.

That’s where humans come in (remember that Centaur model we mentioned earlier). Your experts can instead spend a couple of hours polishing a model for nuance instead of spending weeks building it from scratch. Time saved, which is money back in your pocket.

We’ve used this method to build hundreds of support models and save our customers (and ourselves) thousands of hours.

If you want to try out an autogenerated model, we had GPT-3 create some example support flows for a phone and a fridge. Just click in to try them out.

We also wanted to give everyone a chance to build their own autogenerated product assistant, so we've included it in our free trial. With just a few inputs, GPT-3 will be off to the races and begin building a model just for you.

GPT-3 is a big step forward in the world of AI, and when used correctly, a big opportunity in the world of support. We’re excited about its usefulness today, and its potential uses in the future.

Would you like to use GPT-3 to autogenerate a support assistant for your own product?

Try Mavenoid free for 30 days and we’ll help you get started.

When we asked GPT-3 to create a model for Mavenoid, it seemed to agree. :)

At Mavenoid, we recognize the importance of consistent improvement within our tool and for our customers, and are excited to introduce our latest solution “Flow Advisor.” Gain insights on how Flow Advisor works, what makes it so novel, and how it will improve your team's product support efficiency.

Hi there. I’m Natasha, Head of Operations at Mavenoid. Like many companies, Mavenoid made a rapid transition to a fully-remote workplace a year ago. In hindsight, the changeover was pretty smooth. The 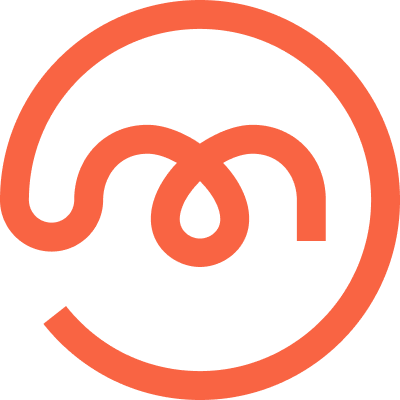